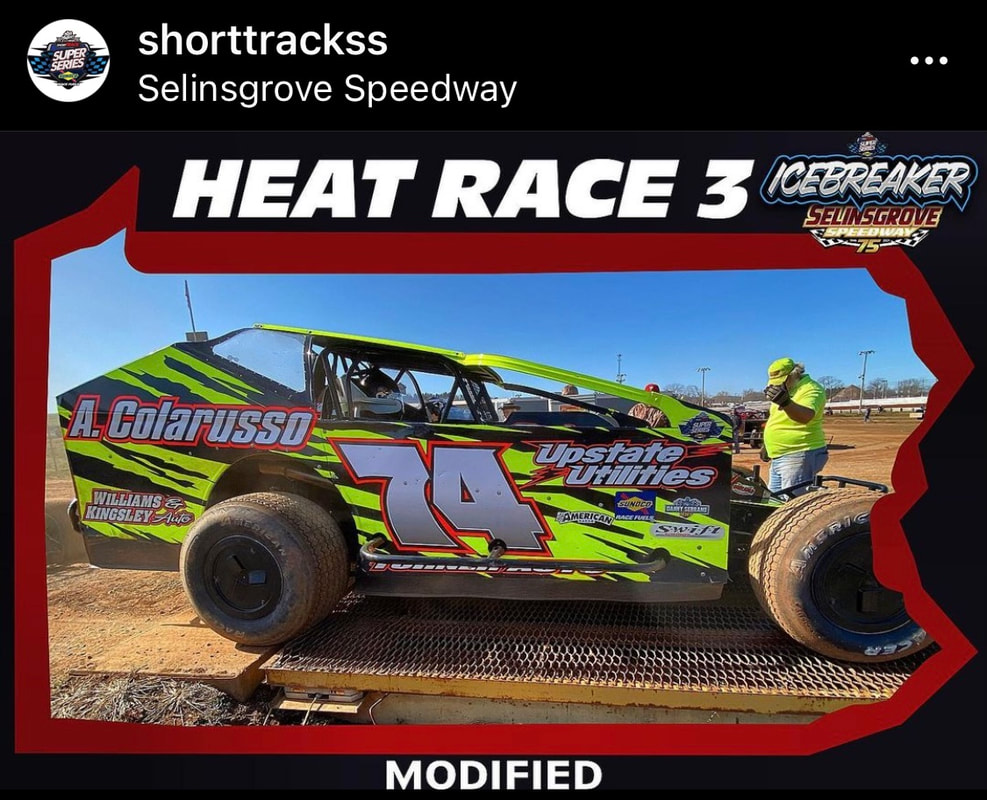 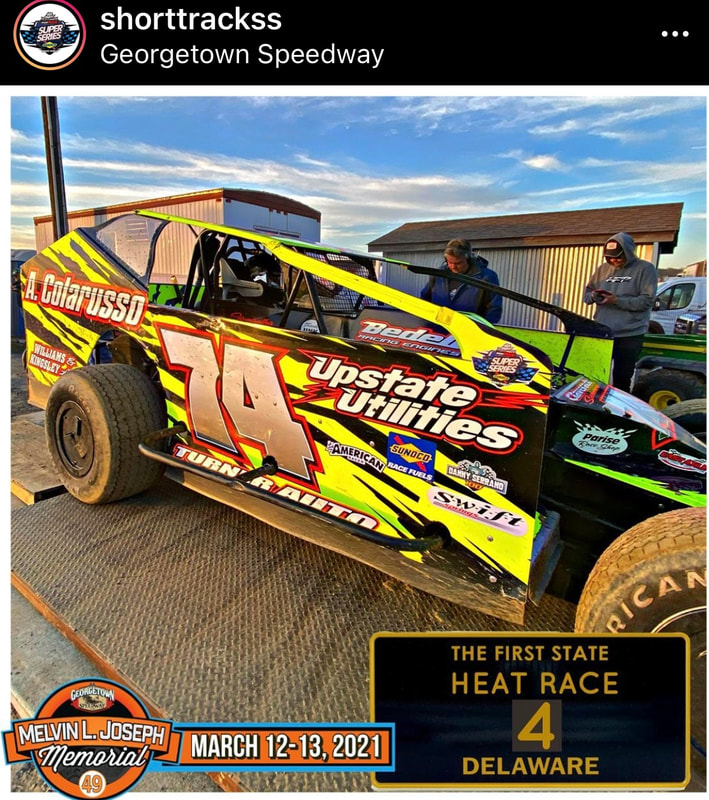 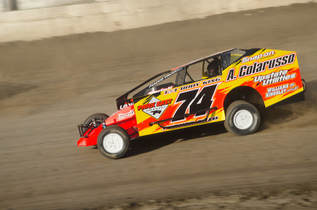 JR-Heffner-Wins-2018-Lebanon-Valley-King-of-the-Track (Source: Lebanon Valley.com)
Saturday night saw Rifenburg Construction back the annual King of the Track night.  $5500 was on the line and everyone would race hard to get it.
Olden Dwyer started from the pole and led early while Mike King stalked him.  On lap 3, King was able to get past and took over the lead.  J.R. Heffner, who started sixth, followed King past.
It did not take long for Heffner to get to King for the lead.  King definitely did not make things easy.  The two veterans battled for more than 10 laps.  King had the outside line and fought off Heffner’s advances as best as he could.  On lap 16, Heffner was finally able to make the pass for the lead stick.  Once out front, Heffner began to pull away.
Further back, the track conditions made it rather difficult since everyone had a decent amount of grip.  Brett Hearn started in ninth and had some difficult running his way up through the field.  Kenny Tremont Jr. started 15th and effectively went nowhere, finishing 14th.
Eventually, Hearn was able to get up to the leaders late in the race.  He was able to take third from Wayne Jelley on lap 22 and ran down King.  Much like how he fought Heffner earlier, King went toe to toe with Hearn.  Hearn was able to take second with two laps to go, but it was much too late to prevent Heffner from taking his first win of the year.
“Mike King did an awesome job,” Heffner said after the race.  “That race could have gone either way.  I was just a little bit better.  It was amazing how well he did.”
Behind Heffner and Hearn was King with his best run of the season in third.  Jelley was fourth, while Kolby Schroder was fifth. 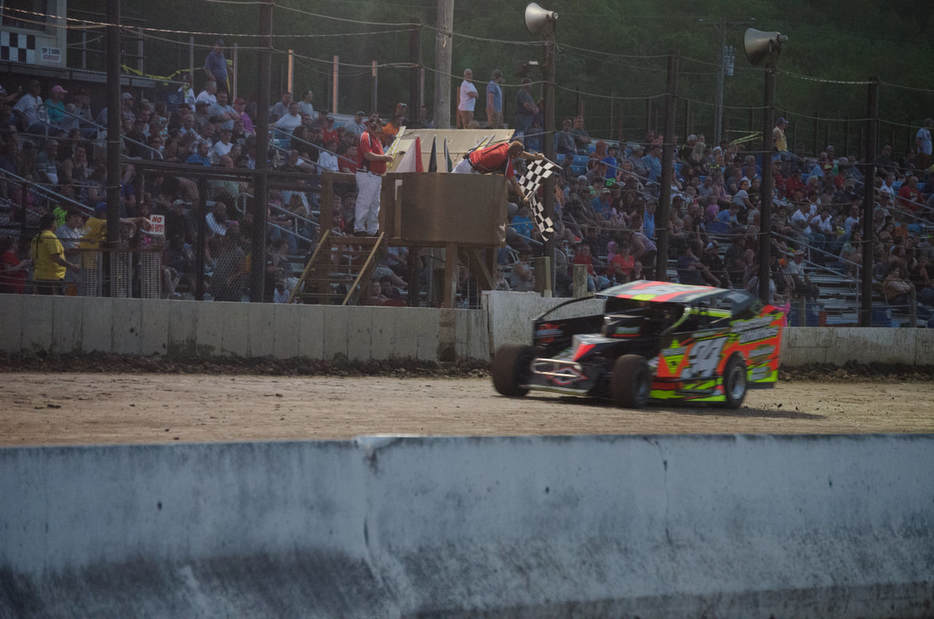 ​June 9-2018: Lebanon Valley Speedway (source RPW)
In the 358-Modified feature, JR Heffner used some lucky breaks to get
through traffic and went on to take his second win in four starts this
season.
After starting in 11th, Heffner go to the top five in quick fashion
and then made some moves that had the fans on the edge of their seats,
including the pass of his teammate and car owner, Steve Hough.
“That was a good race,” he said. “Those guys up front were really
getting it on and I got lucky on the outside and was able to make an
outside in move and get into clean air and I knew we were in good
shape from there.”
From that point on, Heffner just had to hold the steering wheel as,
even with a caution that grouped everyone back up, nobody was catching
him the rest of the way.
“This car is something else,” he said. “Once it gets to clean air,
it’s lights out really.”
Defending track champion in the division, Kenny Tremont, worked his
way through the field Saturday from his 15th starting spot and got to
second, but had nothing for JR. Jason Herrington had another great run
to come home in third followed by Brett Haas in fourth and point
leader Andy Bachetti fifth. 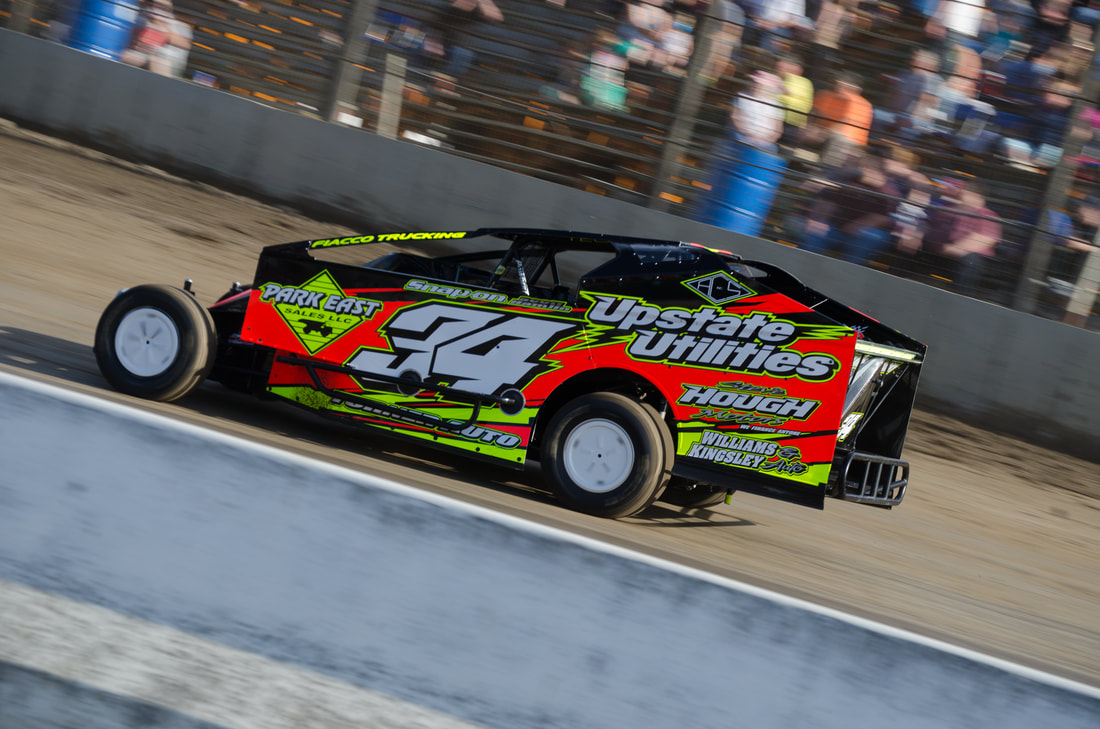 ​5/26/2018 LV Speedway (Source RPW)
After engine troubles on opening night for the Small Block Modifieds, JR Heffner was able to use patience to pass leader Brandon Pitcher near the one-third mark of the event and went on to take the victory Saturday.
Heffner, who teamed with Steve Hough for Small Block competition this season, never faced any real challenges after that, but getting to the lead was difficult.
“The 17 (Pitcher) did a good job,” Heffner said. “He was running well and I just wanted to be patient to see what would develop during the race. Once I was able to get by, we just kept going and we had good corner speed which helped to carry us down the straightaway.”
​ 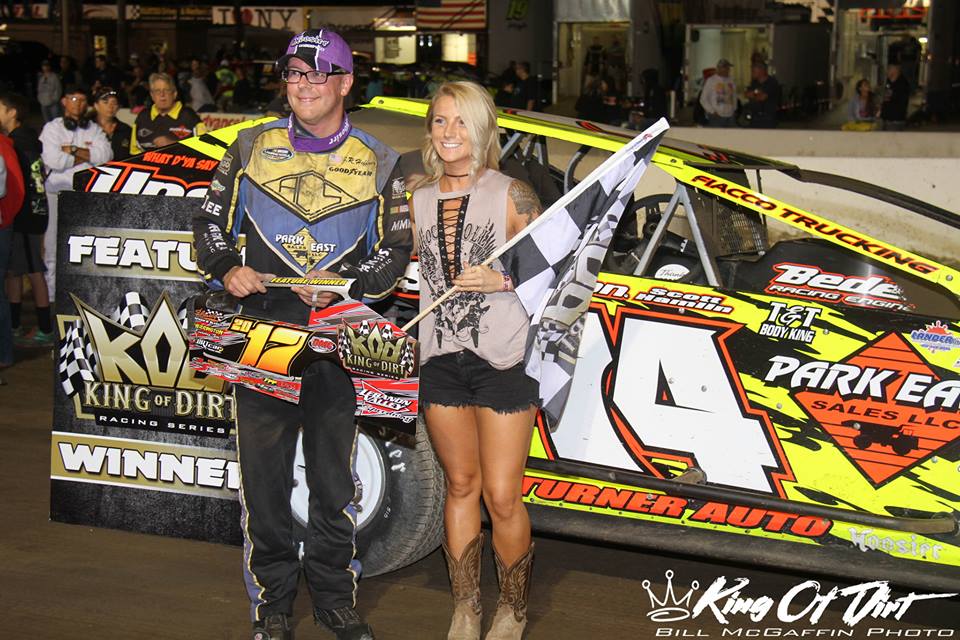 ​
​JR Heffner is 358 King of the High Banks
WEST LEBANON, NY -July 30th, 2017  There were so many story lines going on Sunday night at Lebanon Valley Speedway even George R.R. Martin himself couldn’t keep up, but at the end of the night the famed Game Of Thrones author would have been pleased with the dramatic outcome of the King Of Dirt Racing Small Block Modified 35-lap feature event. JR Heffner inherited the lead on lap 15 and never looked back holding off challenges from Demetrios Drellos to earn the $2,200 payday.
www.dirttrackdigest.com/New17/?p=9339
http://raceproweekly.com/cms/index.php?limitstart=290
JR Heffner races to Big Block win at Lebanon Valley Speedway

Story By: PHIL ALLAWAY / LEBANON VALLEY SPEEDWAY RACE PRO WEEKLY
Published: July 25, 2016
WEST LEBANON, NY - Once again, rain played a big role at Lebanon Valley Speedway on Saturday night.  Rains moved in during the third Pure Stock Feature, forcing the red flag to fly.  The showers only lasted for about 15 minutes before the sun came back out.  The track crew made short work of the repacking so that the action could resume.
In the Modified feature, Olden Dwyer started from the pole, but was very quickly overhauled by J.R. Heffner, fresh off his 15th-place finish in the NASCAR Camping World Truck Series’ Aspen Dental Eldora Dirt Derby at Eldora Speedway Wednesday night.  Heffner took the advantage and pulled out a slight lead.

Kyle Sheldon passed Dwyer for second a couple of laps into the feature and seemed to be able to match Heffner, but not really gain on him at all.  Meanwhile, Brett Hearn and Andy Bachetti had some troubles moving forward in the midfield.

Kenny Tremont, Jr. failed to qualify for the handicapped spots in his heat race and had to start 18th.  Tremont did make some progress during the feature, but slowed on lap 11 due to engine issues and retired.
With no cautions to close the pack up, Heffner and Kyle Sheldon were able to leave the rest of the field in the dust and settle things amongst themselves.  Sheldon tried to close in on Heffner, but just could not put anything together to challenge for the lead as Heffner held on for his first win of the year.
For Heffner, Saturday night was a must-win.
“We were in clean air.  We had to do it.  We had to win that race,” Heffner stated in the pits.  “There was no other option.”
Sheldon finished 1.9 seconds back in second.  Rob Pitcher had a great battle for third with Keith Flach and managed to hold off the Ravena Rocket.  Kyle Armstrong was fifth after fending off the advances of Hearn for the entire second half of the feature.
http://www.registerstar.com/sports/dirt_racing/article_ea74d9b8-42da-11e5-b277-83e9661ffc21.html 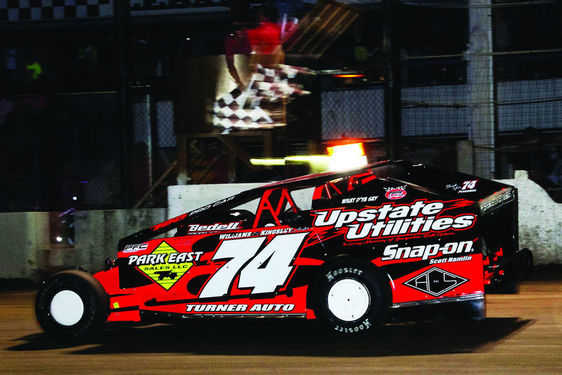 The bright, warm sunshine early Friday afternoon gave way to quickly forming black clouds around the Accord Speedway and with them unleashed a torrent of rain that would have found most promoters heaving in the sponge and cancelling out the racing activity. Undaunted, Promoter Gary Palmer went to work and began a squeezing out process that allowed the race cars to move on to the speedway and assist in completing the drying out process in order for racing to commence.  After quick hot lap sessions, the Friday evening racing began and the speedway reeled off an excellent seven division racing card for the nice crowd on hand.   Promoters Gary and Donna Palmer had the speedway grounds in always pristine condition for the evening that was sponsored by the good folks at Alex's Marine Plus. The racing action despite starting almost an hour and a half late was completed by 11 PM.

The final outcome for the excellent evening of racing action found Stephentown, New York hot shoe JR Heffner romp to his first Accord win in 2015 after overhauling early leader Brad Rothaupt to go on and claim the victory.
The United Pump and Tank Modified field saw "The Rhinebeck Rocket" Brad Rothaupt jumping out front at the start of the 30-lap headliner.  Rothhaupt had himself a fast hot rod early on and wasted no time in opening up some distance on the field. JR Heffner, steering the Jimmy Winchell owned Modified, hustled through the field after starting in eleventh position. Heffner seized the opportunity and the lead from Rothaupt on lap fourteen as Rothaupt's racer began developing some problems under the bonnet. Once in front Heffner jumped out to sizable lead and raced his way into victory lane. Jackie Brown finished in the runner-up role with Mike Ricci in third, Rich Ricci Jr fourth and Scott Ferrier rounding out the top five. Joe Judge, Jeff Heotzler Jr, Richie Eurich, Jeff Heotzler Sr and Rothaupt completed the top ten.